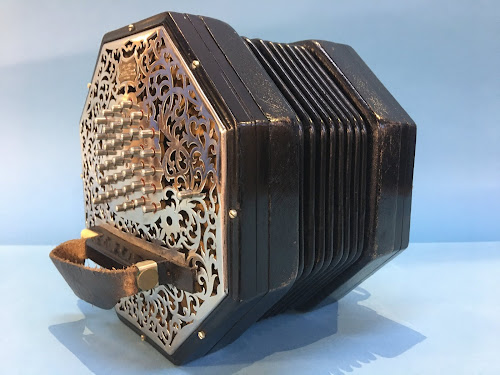 A concertina is a free-reed musical instrument consisting of expanding and contracting bellows, with buttons (or keys) on both ends.  The English version was invented by Charles Wheatstone in 1829. 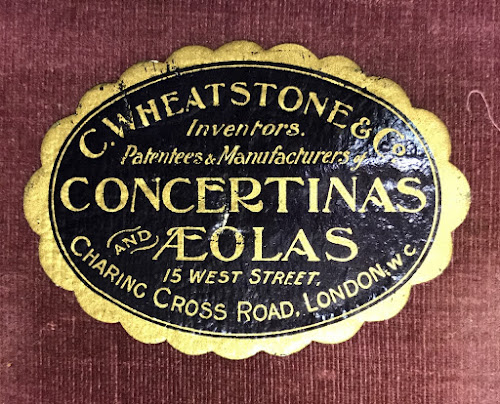 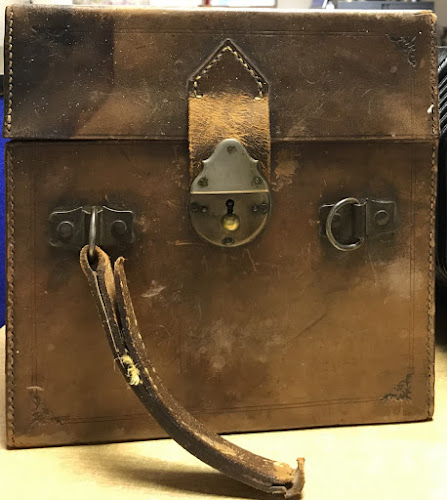