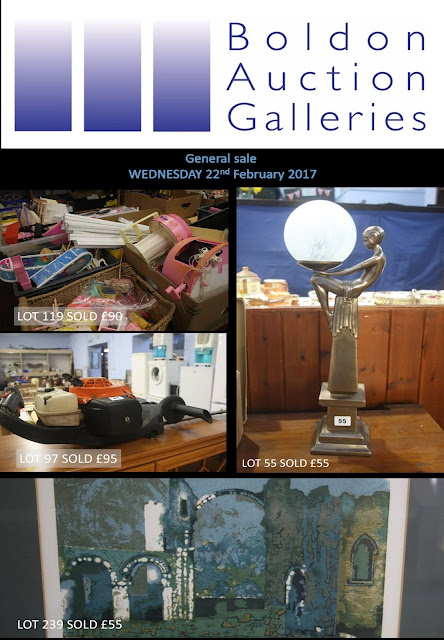 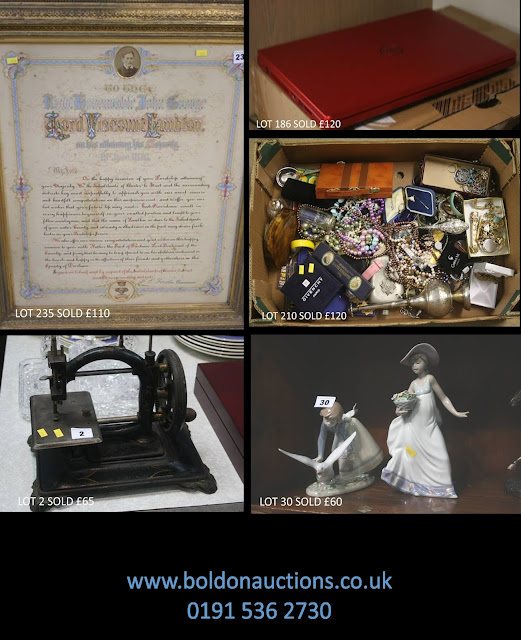 Posted by Boldon Auction Galleries at 12:44 No comments: 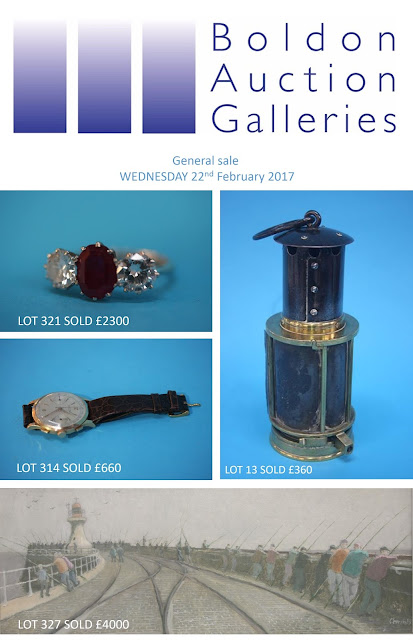 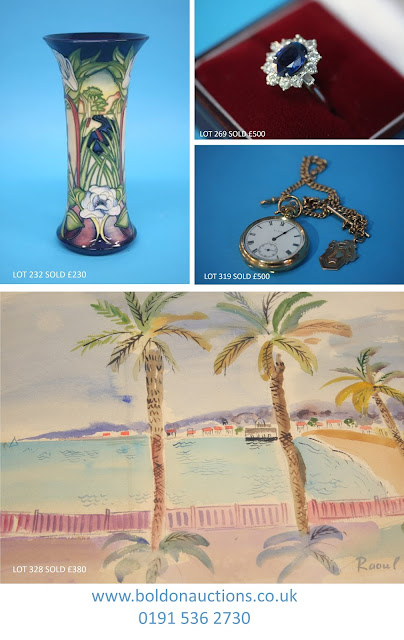 Posted by Boldon Auction Galleries at 16:24 No comments:

Norman Cornish is a much loved, celebrated mining artist and much sought-after contemporary painter.


Born on 18 November 1919, Norman lived in Oxford Street, Spennymoor before his family moved to Bishops Close Street adjacent to the old ironworks and gasworks.  He described the house he shared with his parents and siblings as primitive.

Norman began working as an underground datal lad (employed by the day doing odd job work) on Boxing Day in 1933, where Norman heard of a sketching club in Spennymoor. The club was provided by the Spennymoor Settlement, inaugurated in 1931 as a recreational centre, later known as The Pitmans Academy. Accepted as a member of the Settlement at the age of 15 Norman became focused on his art and his work. Norman exhibited at the Settlement for the first time at the annual art exhibition and continued to paint throughout World War Two.  Immediately after the war Norman held his first one-man exhibition in the 'Green Room' at the People's Theatre in Newcastle upon Tyne. In 1947 five of Norman's paintings were purchased and destined for Hobart House, the NCB offices in London by Dr Revans, the director of education at the National Coal Board. Consequently Norman was asked to co-organise an exhibit in London's Oxford Street called 'Art by the Miner'. Norman continued to paint and exhibit nationally and locally becoming one of the most sought after contemporary painters. 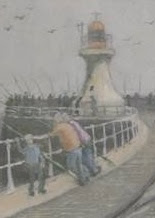 We are thrilled to have the opportunity to offer for Auction a Norman Cornish (1919-2014) oil on board, titled 'Sea-anglers on South Shields Pier'. The artwork is sold with a receipt from The Polytechnic Gallery, Newcastle upon Tyne, from a Norman Cornish exhibition held in December 1992.  The Antique and Interiors Sale will be held on Wednesday 8th February.

Viewing is on Saturday 4th February 10am - 1pm, Tuesday 7th February 2pm-6pm and the morning of the Auction from 9am.  The Auction starts at 10am. 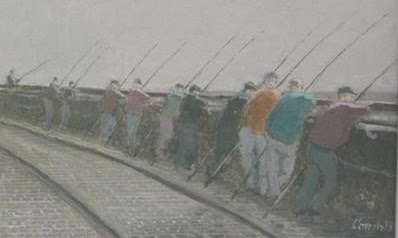 Posted by Boldon Auction Galleries at 16:33 No comments: 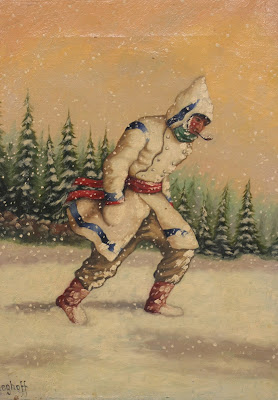 Krieghoff was born in Amsterdam, Netherlands. Initially taught by his father, he then entered the Academy of Fine Arts in Germany around 1830, moving to New York in 1836 and enlisting in the United States Army in 1837. While serving in the army Krieghoff made sketches of the Second Seminole War, these were later produced in oil paintings. Krieghoff was discharged from the army in 1840 and together with his wife Émilie Gauthier, moved to Montreal. Krieghoff befriended Mohawks living on the Kahnawake Indian Reservation, making many sketches of them which he later produced oil paintings from. After travelling to Paris in 1844, Krieghoff copied masterpieces at the Louvre; directed by Michael Martin Drolling (1789 – 1851). Returning to Montreal in 1846 Krieghoff was invited to exhibit in the Toronto Society of Arts exhibition in 1847. Over the years Krieghoff visited many different countries retiring in Chicago in 1868. Many of Krieghoff sketches, owned by John S Budden, who had lived with Krieghoff for thirteen years were destroyed in a fire on June 8th 1881.

Here we have a Cornelius David Krieghoff (June 19, 1815 – April 8, 1872) oil on Canvas,
with a typical outdoor Canadian life scene to be sold in our Antique and Interiors Sale Wednesday 8th February.

Viewing will be held on Saturday 4th February 10am - 1pm, Tuesday 7th February 2pm-6pm and the morning of the Auction from 9am.  The Auction starts at 10am.
Posted by Boldon Auction Galleries at 16:18 No comments: 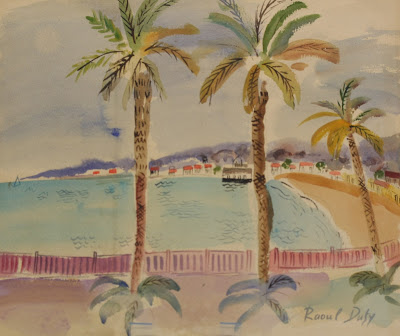 Raoul Dufy was born in Le Havre, Normandy. He came from a large family and left school at the age of fourteen to work in a coffee-importing company. At 18 years old in 1895 Dufy began taking classes taught by Charles Lhuillier (student of the French portrait-painter, Ingres). During this period, Dufy painted mostly Norman landscapes in watercolours. After a year of military service, in 1900 Dufy won a scholarship to the École Nationale Supérieure des Beaux-Arts in Paris. Concentrating on improving his drawing skills Dufy took influence from Impressionist landscape painters such as Camille Pissaro and Claude Monet.

In 1901 Dufy had his first exhibition at The Exhibition of French Artists and the following year showed his work in Berthe Weill’s gallery. Exhibiting at the Salon des Indépendants in 1903, where painter Maurice Denis bought one of Dufy’s paintings led to an increase in his confidence. Two years later in 1905 Dufy saw Henri Matisse's 'Luxe, Calme et Volupte' which directed his artistic interests towards Fauvism.  Les Fauves (literally translated - the wild beasts) utilised the mix of bold bright colours and contours.

Dufy's colourful oils and watercolours depict events of the Artr Deco time period, such as yachting scenes, views of the French Riviera, chic parties and musical events. Dufy continued to paint, winning awards and becoming a much celebrated artist, throughout the 1940's and his work is still much sought after now.

Here we have a vibrant watercolour of the French Riviera in the manner of Raoul Dufy (1877 - 1953) to be offered for Auction in our Antique and Interiors sale Wednesday 8th February.

Viewing is on Saturday 4th February 10am - 1pm, Tuesday 7th February 2pm-6pm and the morning of the Auction from 9am.  The Auction starts at 10am.
Posted by Boldon Auction Galleries at 16:14 No comments: