We don't always see what is beneath our feet! 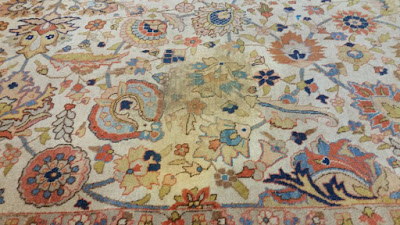 Posted by Boldon Auction Galleries at 15:38 No comments:

If you don't want to miss out on the opportunity to have a free valuation and sell your items at auction then click the link and subscribe to our monthly newsletters - you will receive advice on the next valuation dates as well as an alert when our next sale is live to view!! Get ahead of the ques by subscribing today!
Subscribe here

Below are a selection of lots from our recent
Antique and Interiors sale! 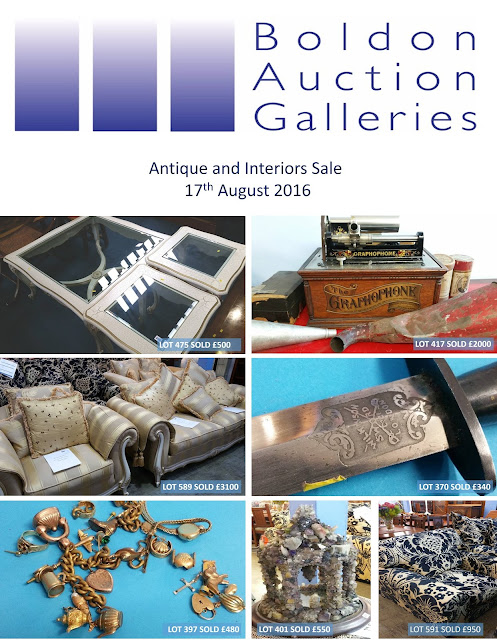 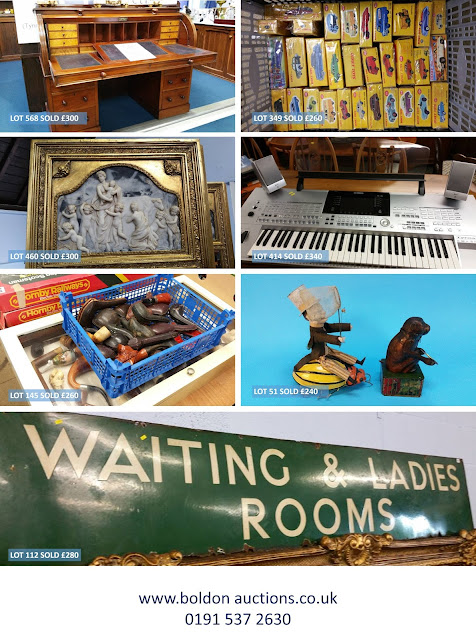 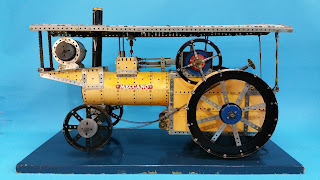 From Airfix to Meccano to Corgi and beyond - Boldon Auction Galleries have it all coming up for Auction on Wednesday 17th August from 10am.

We have a large collection of Meccano, Mamod, Airfix, Corgi, Comics, Football Annuals, Hornby, Sporting ephemera and more.....
Meccano is a model construction system created in Liverpool by Frank Hornby in 1901, consisting of reusable metal strips, plates, angle girders, wheels, axles and gears that are connected together using nuts and bolts.  The word Meccano is thought to have derived from the words “Make and Know”.
The first sets under the new Meccano name were numbered 1 to 6. In 1922 the No. 7 Meccano Outfit was introduced, which was the largest set of its day, and the most sought after because of its model building capabilities and prestige. 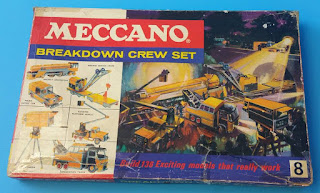 From 1926 onwards the Meccano pieces changed colour with regularity as did the numbering and labelling of the sets.  The nine basic Meccano outfits (numbered 00 to 7) were replaced by eleven outfits, labelled 0, A to H, K and L, the old No. 7 Outfit becoming the L Outfit. This L Outfit is often regarded as the best of the largest Meccano outfits. In 1937 the alphabetical outfit series was replaced by a numeric series, 0 to 10, the L Outfit being replaced by the smaller No. 10 Outfit. Although reduced in size from the L Outfit, the No. 10 Outfit became Meccano's flagship set and remained relatively unchanged until it was discontinued a half-century later in 1992. Accessory sets were retained, numbered 1A to 9A, that converted a set to the next in the series (for example, accessory set 5A would convert a No. 5 set to a No. 6 set). As had been the case from early days, Meccano Ltd would also supply individual Meccano parts to complement existing sets.
In 1961 a Mechanisms Outfit and a Gears Outfit were added to the range, and in 1962 outfit 00 was withdrawn. During 1970's electronics were introduced, and the current black coloured plates were changed to blue. The range of sets was reduced by one with the deletion of the old No. 9 set and the renumbering of the old No. 0 to 8 sets to No. 1 to 9. The No. 10 set remained unchanged.  Airfix Industries purchased Meccano the following year adding new kits - Army Multikit, Highway Multikit, Plastic Meccano, Pocket Meccano and two Clock Kits. 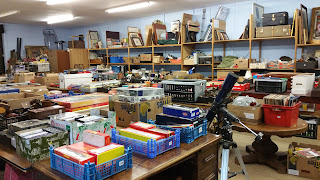 In 1978 the range of Meccano sets was further reduced and changed with the replacement of the No. 2 to 8 sets by six completely new sets, labelled A and 1 to 5. The old No. 9 and 10 sets were left largely unchanged. In 1981 all existing Meccano sets were discontinued and “Meccano Junior” was born.  By 1985 this was replaced with three “Premier Meccano” sets and two “Motor Sets”.  Owing to high demand however 1985 also saw the re-introduction of the old Meccano No. 1 to No. 10 construction sets from 1981.  Another change happened in 1989 with the re-introduction of the “Plastic Meccano Junior” sets being brought back.  Theme sets, “Action Control” sets with infrared controls and a “Motion System” were also introduced in the 1990’s.  Meccano is now manufactured in China and France and is part of the Spin Master toy company.
For all lots and images please view our on-line Catalogue www.boldonauctions.co.uk

What are you waiting for come along and release your inner child!

Don't forget that we are open for Viewing:
Saturday 13th August 10am - 1pm
Tuesday 16th August 2pm - 6pm
and on the morning of the Auction from 9am
Posted by Boldon Auction Galleries at 15:59 No comments: