History is saved from a dumpster

A PIECE of Tyneside history has been saved after being pulled from a rubbish skip.


This leather-bound book records the ships built at a shipyard along with 170 launches and the VIPs who attended them.


They were built by Swan Hunter and Wigham Richardson at the Neptune Yard on the Tyne from 1910 to 1963.


At each launch the yard’s top brass and visiting dignitaries have signed the book, which also contains watercolour paintings of flags and crests of the vessels.


Now, Tyne Wear Archives and Museums has bought the book for £310 after it was put up for sale at Boldon Auction Galleries in South Tyneside.


It joins a similar visitors’ book which TWAM owns from the neighbouring Swan Hunter shipyard at Wallsend.


The Neptune Yard book was sent for auction by Trevor Ashman, who lives in Warkworth and served in the merchant navy before a career of more than 30 years in the fire service. He said: “It is a remarkable, one-off book which is an important piece of North East history. It was found in a skip by a man I knew when the Neptune Yard closed.


“Because of my time in the merchant navy I am interested in the sea and maritime items and I bought it from him.


“It contains the signatures of local and national dignitaries from admirals to Lords and Ladies.”


One of the signatures is of Susan Mary Auld – born Susan Denham Christie in Tynemouth – who was the first woman to graduate as a naval architect from Durham University and designed battleships for the Royal Navy and floating vessels used to land Allied troops on D-Day in 1944.


In 1903 Swan Hunter merged with the Wigham Richardson yard specifically to bid for the prestigious contract to build the liner Mauretania.


Visitor books were kept for both the Swans and Wigham yards.


Ian Whitehead, keeper of maritime history at TWAM, said: “The book is a significant piece of Tyne shipbuilding history and it is really good that we now have the visitor books from both yards.


“The launch pages were signed by the top people at the yards and the VIPs who attended which is valuable archival information and also gives you the feel for what happened on the day.


“The company also obviously had somebody who could do the watercolour paintings which illustrate the pages.”


The Neptune Yard launch page for the MS Bamburgh Castle in 1959 is decorated with a painting of the castle and beach, while a Roman soldier illustrates the launch of the Border Sentinel in 1955.


Launches of locally-named ships include the SS Alnwick in 1928, and the SS Craster in 1935.

Published in the Evening Chronicle Tuesday 27th September 2011, written by Tony Henderson
Posted by Boldon Auction Galleries at 14:52 No comments: 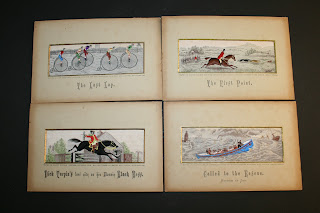 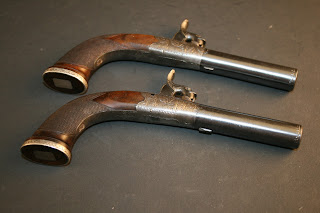 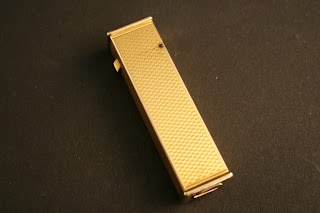 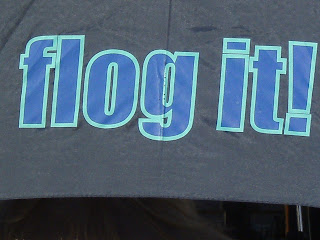 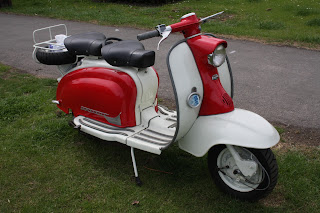 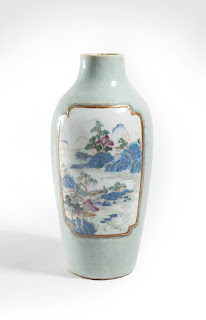 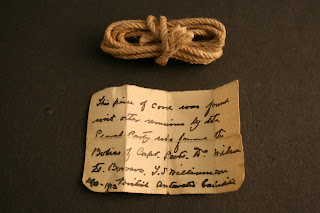 From the Borders to Boldon

Anita Manning and Mark Stacey's antique hunt takes them from the Scottish borders to Boldon Auction Galleries in an episode that was filmed in the early Summer. 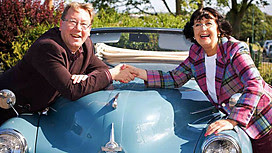 Antiques Road Trip pairs up some of Britain’s best loved antiques experts and sends them on a road trip across the UK in a selection of beautiful classic cars. Along the way, they compete with each other to make the most money buying and selling antiques, continually trading up so that they increase their profits each time they sell at auction. While searching for antiques to sell, they paint a picture of Britain as they travel through stunning landscape.


At the end of every week the expert who has traded up best and made the most money will be the winner. The final episode of the series sees all of the experts team up for the final auction where the ultimate series winner is decided.
Posted by Boldon Auction Galleries at 13:54 No comments: 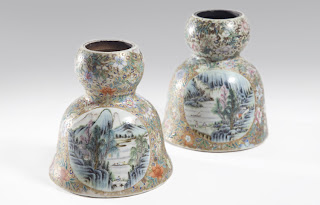 
Our full catalogue is now available online.
Posted by Boldon Auction Galleries at 14:36 No comments: