Our Fine Art and Antique Auction held on Wednesday 6th July 2011 was a tremendous success with Giles Hodges, Auctioneer, describing it as “Fantastic! The best sale we’ve ever had which is fitting for our 30 year anniversary.”

There was added excitement to the day as the team from ITV’s Dickinson’s Real Deal were filming the sale. Giles had attended their Dealer’s Day in Middlesbrough on Saturday 28th May and had persuaded a number of people to put their items to auction rather than accept the dealers’ offers.

In the vast majority of cases this plan paid off handsomely – Giles had confidently predicted that Lot 60, an American Gibson banjo ukulele, would reach £800 at auction and was therefore delighted when it dramatically exceeded expectation and sold for £1400. 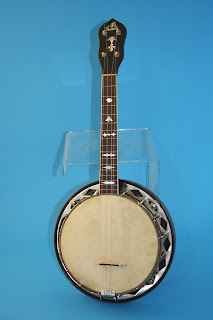 A collection of postcards estimated at £80-150 sold for £260 and Lot 471, an etching by Sir Frank Brangwyn estimated at £50-100 steadily rose in price before finally selling to the room at £460. There were a couple of lots that didn’t sell including Lot 20, a pair of Royal Doulton stoneware vases, but on the whole the day was a resounding success for Boldon Auction Galleries and Dickinson’s Real Deal. 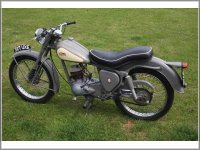 A 1956 BSA Bantam sold for £1150
There were so many interesting items ranging from the vintage motorbikes that started the sale through to the large ethnographic section with the highlight being Lot 510, a Polynesian Tongan carved ironwood apa’apai war club which sold for an incredible £2700 to a telephone bidder. 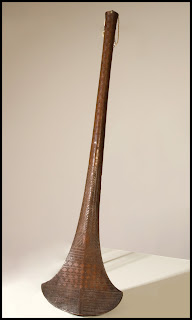 We had one large private consignment of lots as well as two private collections from Kirkheaton and Belsay in Northumberland as well as individual items from across the region.

Ceramics sold well with a pair of Italian Majolica vases heading back to Italy for £1700, a large Moorcroft anemone vase selling for £2700 and a Canton enamel porcelain vase soaring up to £3500 before going to a telephone bidder. 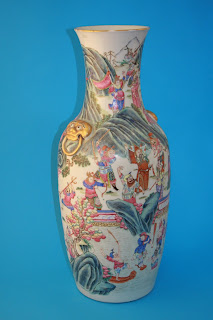 Following on from the sale of the banjo ukele we continued to have great success with musical instruments with a cello and silver mounted bow selling for £5600, two violins and bows selling for £4500 and £2300 and a Wheatstone and Company concertina selling for £2300; 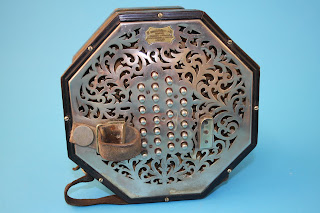 and news of a sale was music to one vendor’s ears when their Columbia wind up gramophone, estimated at £60-100, played its way up to £750.
Gold and silver prices remain impressive and we had a number of particularly nice lots including a late 19th Century Russian silver gilt and enamelled kovsh which attracted commission and telephone bids before selling to an internet bidder from Eastern Europe. 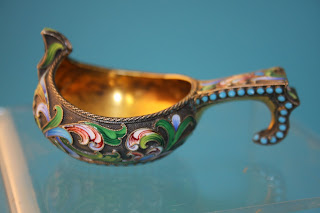 Lot 410, a platinum and solitaire diamond ring sold for an impressive £3200 and a gold curb link necklace with 5 full sovereigns reached £1550. 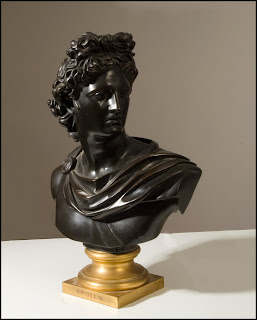 The 19th Century bronze Apollo by Georges Emile Henri Servant sold for £1400 and one of the most charming lots, Lot 439, a collection of 12 pencil and chalk drawings of dogs by M Gear sold particularly well at £750 to an internet bidder leaving some very disappointed competitors. 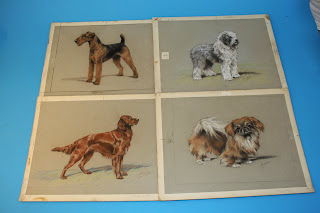 Our furniture section was strong and although the market seems to be dropping for Ercol and oak, mahogany and teak were selling well. Lot 560, a large Victorian mahogany serving table sold for £1900 and Lot 611, a 19th Century mahogany library table in the manner of Gillows sold for £1850. 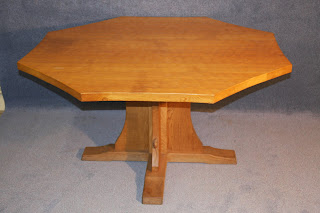 We had a couple of nice pieces of Robert “Mouseman” Thompson of Kilburn in the sale and although Lot 612, an octagonal dining table and four chairs initially failed to reach its reserve in the auction the vendor was pleased to accept an after-sale offer of £2700.

Finally it became apparent that threadbare condition was no barrier to success at auction when a very worn Turkish Ushak carpet from the late 19th Century, estimated at £100-150 because of its wear and tear, received a wide range of commission bids before finally selling to the room for an amazing £1350.

We are now accepting entries for our next Fine Art and Antique Auction to be held on Wednesday 21st September 2011. This sale will be filmed by BBC’s Flog It! and there will be a valuation day at Alnwick Castle on Tuesday 2nd August if you have any items that you wish to take along.

Our next General Sales will be held on Wednesday 3rd and 24th August and 7th September and while the focus of our newsletters tends to be on our Fine Art sales, Giles Hodges remarks that our “General Sales are flying as well – prices are ferociously high.”
Posted by Boldon Auction Galleries at 16:08 No comments: