Peeping with the Victorians 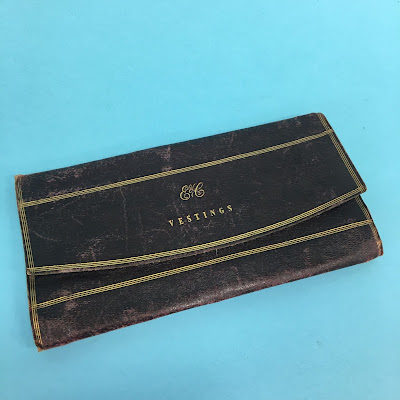 A charming, hand-coloured Victorian peepshow toy depicting Marc and Isambard Kingdom Brunel's Thames Tunnel. The tunnel under the Thames between Wapping and Rotherhithe was an engineering marvel the first to be constructed beneath a navigable river and the first project to use the tunnelling shield newly designed by the elder Brunel. Construction was stop-and-start between 1825 and 1841, when the full 1300-foot length was finally completed, and over the next two years the shaft was fitted out before opening to the public in 1843. Though originally designed for cart traffic, the tunnel was mainly used by pedestrians and became a popular tourist attraction and underground market, with many publishers producing books, prints, and peepshows depicting the tunnel before it was closed to the public and converted into a railway in the 1860s. This peepshow was published by J. T. Wood sometime between 1845, when he moved into his premises at 33 Holywell Street, and 1858, when 78 Strand became his primary place of business. Wood initially trained as a copper-plate printer, and the earliest extant item with his imprint is an 1841 broadside celebrating the birth of Edward VII. Wood specialised in views and souvenirs, and produced enamel cards of London vistas as well as scenes of the Great Exhibition of 1851. 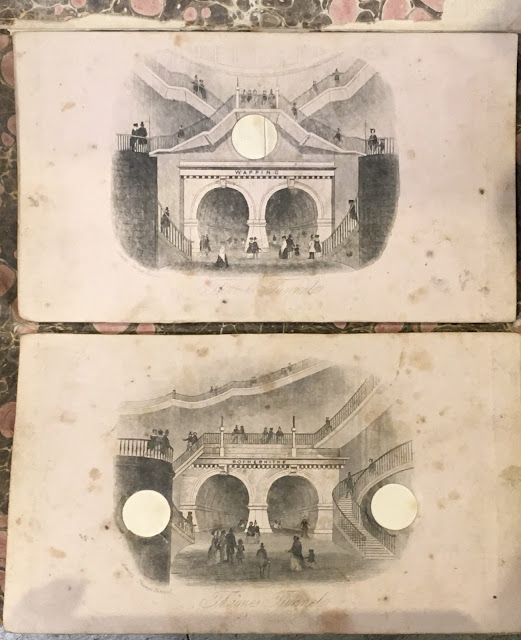 Posted by Boldon Auction Galleries at 13:34