Looking into a Stanhope? 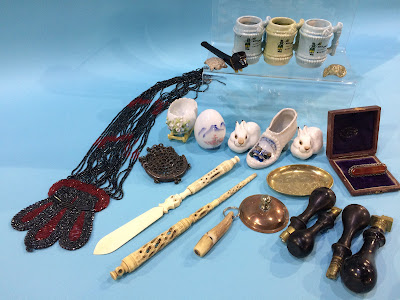 A Stanhope or Stanho-scope is an optical device that enables the viewing of microphotographs without using a microscope.  Invented in the mid 19th century by Rene Dagron, he called the devices bijoux photo-microscopiques (microscopic photo-jewellery) by attaching a microphotograph at the end of a modified Stanhope lens.  Hence the name.

These two examples are part of Lot 177 for auction 19th January.  One is a letter opener and the other a dip pen.  The Stanhope is located at the top of each piece.

Come and see for yourself some clever science from the middle of the 19th century.

Also in this lot is a piece of beadwork, perhaps from a Flappers outfit in the 1920s?, some really interesting stamping implements and a pipe cleverly shaped as a Dachshund - can you spot it! 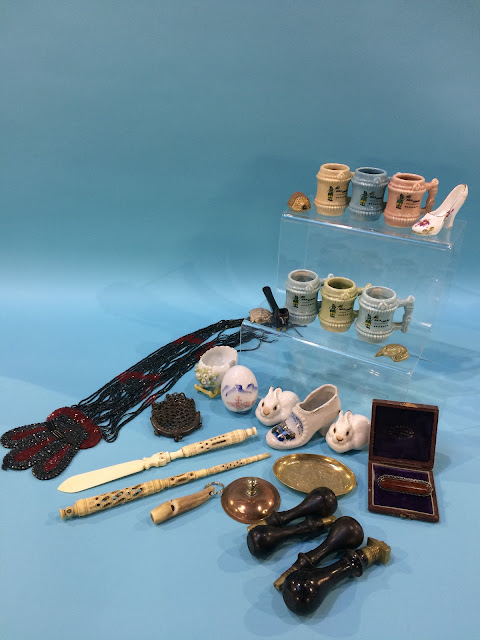 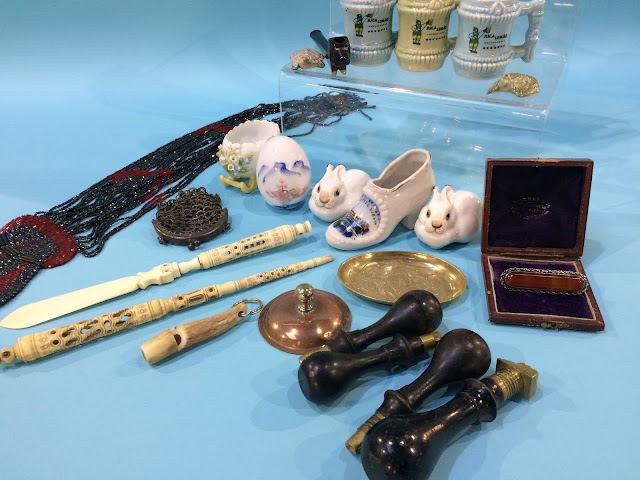 Posted by Boldon Auction Galleries at 09:59