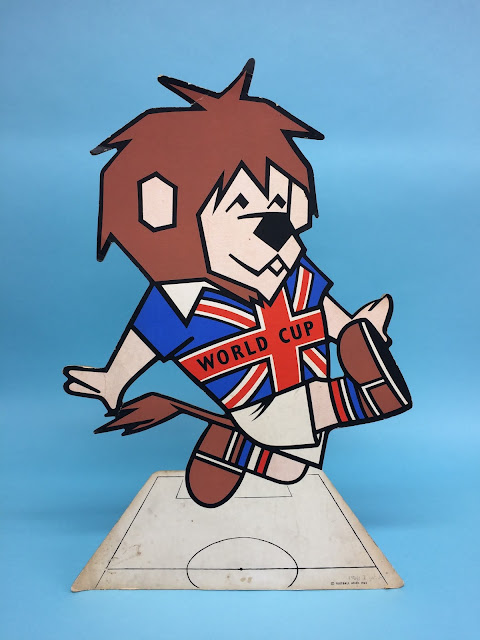 For Auction 3rd November 2021, this fabulous piece of Football nostalgia from 1966, 'World Cup Willie' was designed by a freelance illustrator Reg Hoye.  Hoye had previously worked on illustrations for Enid Blyton's Noddy books and Dr Who and The Daleks.  Initial sketches of a Bulldog, figures wearing bowler hats or cloth caps were discarded as being too class conscious.  Four Lion designs were submitted and the first of which was based on Hoye's son Leo was chosen.  The nickname 'Willie' came about due to the Lion's uncanny resemblance to the Football Association's rather square shouldered chief administrative officer E.K. Wilson.

"A lion with a Beatle haircut, a Union Jack Jersey and an address somewhere in Yogi Bear's Jellystone Park' remarked the Daily Mirror at the time.

Posted by Boldon Auction Galleries at 14:50