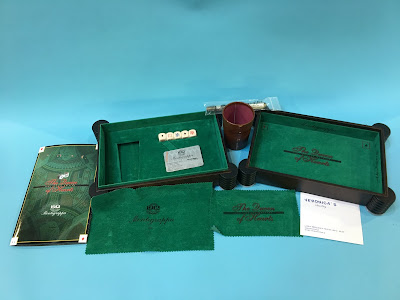 A Montegrappa limited edition 'The Queen of Hearts' pen, with box and paper work 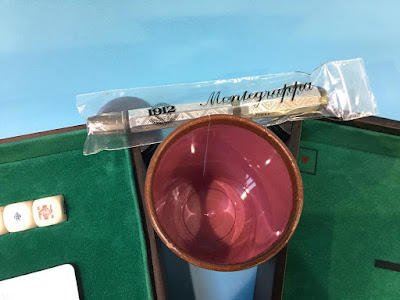 Montegrappa have been making incredible pens since 1912, releasing limited editions every year.  In 1999 Montegrappa produced The Queen of Hearts, the celebration and representation of the magic of playing. Playing to be light-hearted, to give way to one’s personal fantasy and creativity. But also playing out life, in which every day, each one of us, lays his cards on a symbolic table, knows himself and his opponent, challenges himself and his rivals, learns and tries out the rules of the game. And naturally aspires, between risk and strategy, to earn a prize that underlines the winning choice of his moves. The Queen of Hearts is manufactured in green resin, to symbolically evoke the game table. The overlay of the pen is inspired from the playing cards and the four suits clubs, spades, hearts and diamonds and is made in sterling silver.

Posted by Boldon Auction Galleries at 13:09