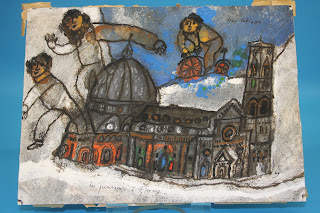 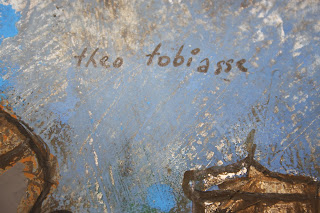 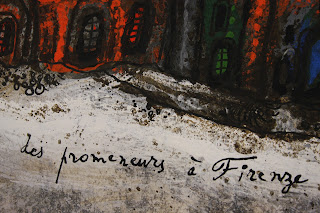 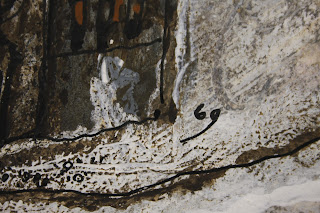 Theo Tobiasse (1927-2012) was born in Israel and moved to Paris when he was seven years old.  Between 1942 and 1944 with the German occupation of Paris, Theo and his family lived with the constant fear of discovery and they remained in hiding during the occupation.  It was during this time that Theo’s love of books and drawings flourished. Following the liberation of Paris he began a career as a designer for Hermes creating window decorations, stage sets and tapestries.  In 1950 he moved to Nice where he continued to paint and held his first exhibition at the Palais de le Mediterranee in 1961 winning the grand prize.  In Nice his pictorial expression came into it’s own and his Expressionistic style shone through.  From 1980 Theo divided his time between Nice and New York exhibiting internationally.  He died in Nice in 2012 leaving behind a plethora of artwork in his distinct style of loose brushstrokes and rich colours.
Posted by Boldon Auction Galleries at 11:26

Just watched this sell for £1,300 on Dickinson's Real Deal.

Yes the guy said he looked it up & couldn’t find it anywhere too!!

Took me 2 secs to find it...Arthur nearly messed up

Lol me too. I’m just getting dressed to go skip hunting 😁

We are watching it now! What a striking piece of art!

Over £1k for church painting

Amazing artist. Some of his works raised incredible sums of money. I love works of art

It might have been 8nline because someone might have owned it for years then a house clearance lot came in and it nearly got skipped ?

He was born in France and left with his family to Israel to escape the Nazis.

No he was born in Israel and moved to France where he and his family hid in Paris during the German occupation. Israel was not formed in 1948, it was granted independence then.

It was Palestine in those days.

Thought it would make more than that 🤔

I wonder if the poor sod who left it for the skip was watching it sell for £1300.00. But why didn't the dealer make an offer? I've seen them put thousands on the table, he lost out on £300 !

It’s on again, don’t know how he couldn’t find anything about him. I googled him and loads came up!!