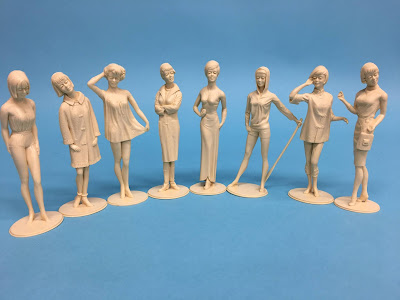 These 'Campus Cuties' figurines were made in the United States by Louis Marx & Co. in 1964 as a response to the mass production of Army figures on the market for boys.  These figurines were targeted at young girls who were encouraged to collect the set and decorate at home. 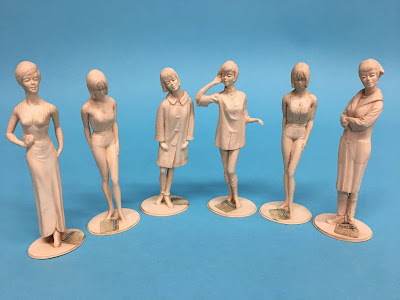 In Britain 'Teenage Cuties' were also produced and included 'Strolling', 'On The Beach' (2), 'Evening Out', 'Lounge About' and 'Stormy Weather'.
To be auctioned along with the remaining Toys from the Late Alan Harbottle Collection on Wednesday 10th February.  Catalogue online from Friday 5th February.

Posted by Boldon Auction Galleries at 16:42