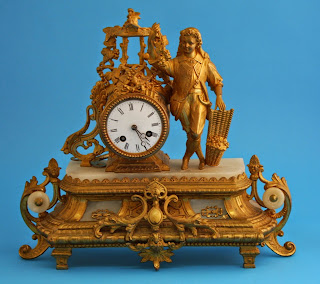 Posted by Boldon Auction Galleries at 12:48 No comments: 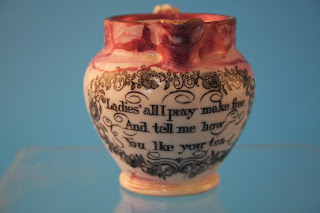 Posted by Boldon Auction Galleries at 09:56 No comments:

Email ThisBlogThis!Share to TwitterShare to FacebookShare to Pinterest
Sale highlights from our Fine Art and Antique Auction held on Wednesday 4th March 2015

Our March Fine Art sale started with a suitably spring-like offering with a Royal Doulton “Farmer Bunnykin” selling for £400, while a set of four Royal Copenhagen “Flora Danica” plates, each decorated with a named botanical specimen sold to a telephone bidder for £850.

Other successful porcelain lots included a collection of 19 Rye Pottery figures; the Canterbury Tales which sold for £600 and a rare  Royal Doulton “hatless” Sir Francis Drake which sold to the internet for £900 at the middle of its estimate. 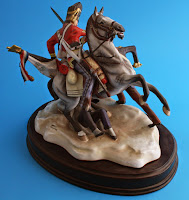 Military figures also sold well with a limited edition Michael Sutty porcelain military group of  The Battle of Waterloo 1815 selling for £750 and a collection of 16 Capo di Monte military figures selling to a telephone bidder for £550.

The greatest excitement of the day surrounded the sale of two clocks: 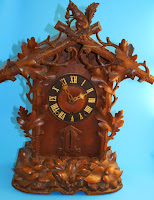 The first, a large Black Forest cuckoo clock  in need of restoration sold to the room for £1000 after a fierce battle, against an estimate of £80-120 and the second, a small brass French carriage clock was finally won by an internet bidder for an impressive £6400.

A Russian musket with the provenance “Picked up by Lord Clyde at the Alma” and dated 1833 soared up to £1500, while an Indian sword with leather scabbard, together with a framed prayer from the Koran sold to a commission bidder for £500.

There were fewer toys compared to previous auctions but one lot that sold particularly well was a collection of 24 boxed Matchbox Series Vehicles which went to an internet bidder for £320.

Books were popular with a copy of Live and Let Die by Ian Fleming, first published in 1954 selling for £900 and a copy of British Fresh-water Fishes by The Reverend W Houghton selling for £360 to the internet.

Three old photograph albums, a Peace Dinner menu from a meal held at Claridges in June 1919 and a selection of autographs and postcards soared above their estimate before selling for £420.

Gold, silver, watches and medals continue to hold their value with a double sovereign dated 1902 selling for £380, above its estimated scrap value of £200-300,

while a  bag of silver and enamelled brooches etc, estimated between £30-50 clearly sold for their aesthetic appeal rather than just their silver value as they went to an internet bidder for £360.  The same would appear to apply to lot 252, two micro mosaic bracelets in yellow metal with a three stone citrine brooch, which sold for £500 against an estimate of £40-60.

A 9ct cased Rolex watch with import marks for Glasgow dated 1938 sold for £660 to a commission bidder and a Great British Regiments cased set of 52 silver medals with insignia sold to the room for £720 at the middle of its estimate.

Particularly nice artwork included a collection of 60 military watercolours with each painting depicting a soldier, his country and his regiment, which sold for £330; a watercolour by John Atkinson (1863-1924) of cattle grazing on a hillside which sold for £480; and most interestingly, an oil on canvas by local artist Robert Jobling (1841-1923) of fishing cobles and other vessels at sea.  Jobling was born in Newcastle and initially worked in a local glassworks then moved on to become a ship painter at the Tyne General Ferry Company where he progressed to foreman before deciding to become a full time artist.  He regularly exhibited at the Royal Academy.

Robert “Mouseman” Thompson furniture always sells well and in this auction saw a panelled oak fall flap bureau with two short and two long drawers sell above estimate at £2600 to a local collector.
A mahogany long case clock with 8 day movement by John Dodds of Wigtown with an oscillating tall ship also went to a local buyer for £1000 against an estimate of £400-600.

Teak continues to enjoy a resurgence in appeal with a Younger and Sons sideboard, table and chairs selling for £340 and a set of eight Norwegian teak carver chairs with vinyl backs and seats selling for £440. 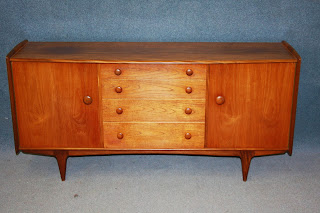 Lot 430, a large mahogany campaign trunk with brass bands and two carrying handles sold well above its estimate of £100-150.  Its £500 selling price is possibly partially due to its unusual shape and size as it was longer than typical campaign pieces. 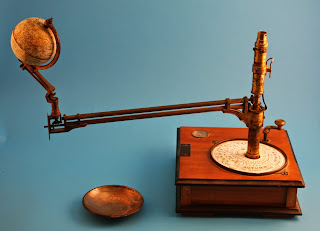 Finally, one of the more unusual pieces was a Lunarium scientific instrument by George Phillips and Sons Ltd of London which would be used to depict the seasons and horoscopes with a rotating arm with attached globe.  The piece had been converted to work with electricity, and sold to a commission bidder for £600.

We are now accepting entries for our  next Fine Art and Antique Auction which will be held on Wednesday 24th June 2015
www.boldonauctions.co.uk
0191 5372630

Posted by Boldon Auction Galleries at 09:46 No comments: