A Bundle of Hummel !! 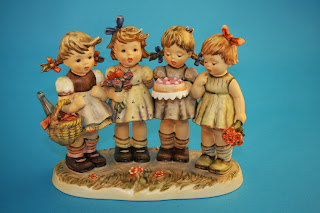 We have just finished cataloguing a large Private Collection of Hummel figures to be sold in our next Fine Art and Antique Auction on Wednesday 27th November. 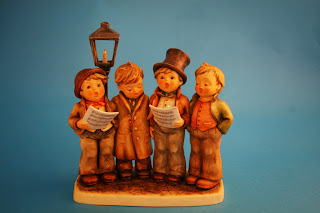 The history of Hummel is a fascinating one taking us back to the 1930's and a German Nun called Sister Maria Innocentia Hummel who began drawing pastoral images of children. These drawings were in turn made into 'art cards' which became popular throughout Germany catching the eye of Franz Goebel who was at that time head of W. Goebel Porzellanfabrik. The Goebel factory acquired the rights to turn Sister Maria Innocentia's drawings into figurines and the first Hummel figures were produced in 1935. American soldiers stationed in West Germany at the end of World War II contributed to the increase in popularity of these figures in the United States by sending these nostalgic pieces home as presents. 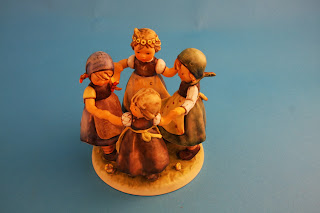 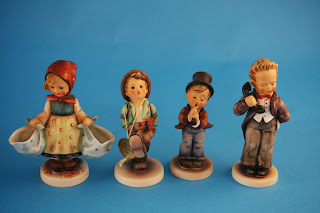 Posted by Boldon Auction Galleries at 13:46