Poor as a Church Mouse 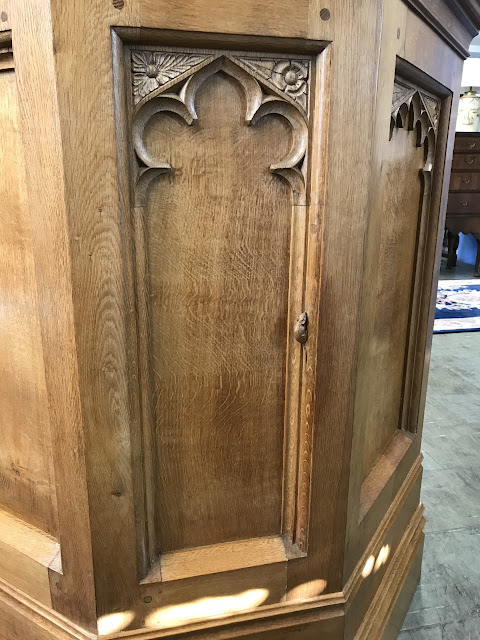 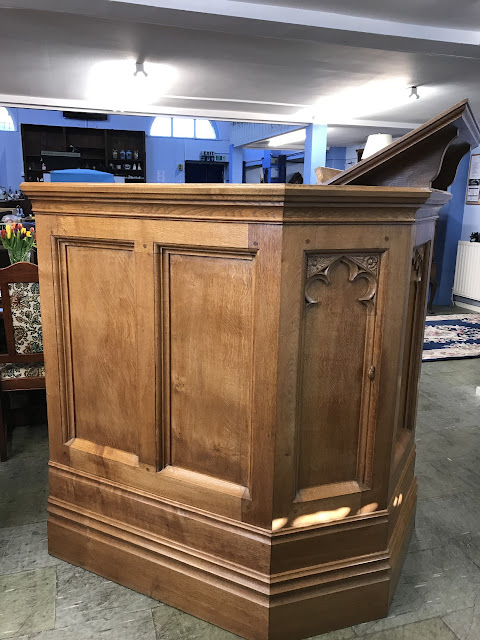 However we have to say this is a Boldon Auction Galleries first - a full size pulpit entered into the Antique and Interiors Sale on Wednesday 4th March. 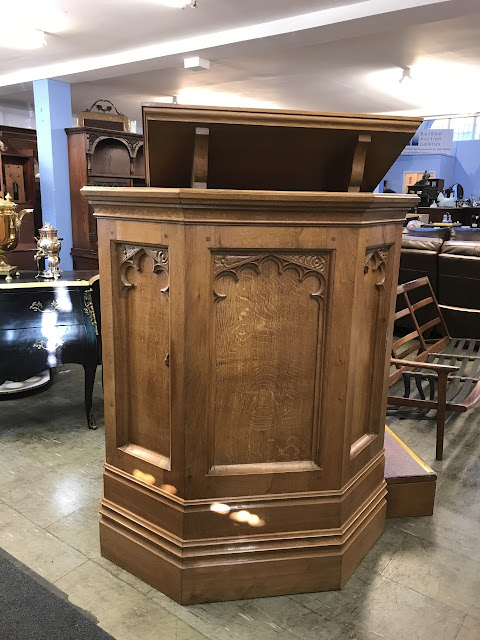 Robert Thompson's firm has gone from strength to strength from humble beginnings in 1894 to the successful business it is today.  With a visitors centre, cafe and shop it is well worth making a trip to the heart of the Yorkshire Dales.

Before Robert Thompson took over the family business of carpenter, joiner and wheelwright he was employed by an engineering firm in the West Riding.  On his way home from work Robert would often stop at Ripon Cathedral and admire the medieval oak furnishings which later inspired him to study the qualities of the British oak and the tools that would have been used by Medieval craftsmen.

In 1919 Robert received his first commission from Father Paul Neville from Ampleforth College who was looking for someone to build a large oak memorial cross for the Catholic Cemetery at Ampleforth.  Robert made a large number of hand carved oak furniture and fittings for churches, schools and public buildings many of which can still be seen in situ. 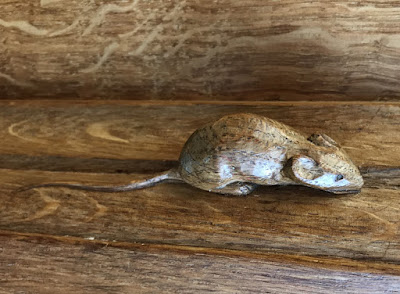 There are two striking characteristics of Robert "Mousey" Thompson craftsmanship:

Robert Thompson died on 8th December 1955 and is buried in the churchyard next to his workshop, in the grounds of Kilburn Parish Church.

Fascinatingly Cyril and Betty who lived near Kilburn had met Robert Thompson who agreed they could make the film on condition he did not appear in it and that he should see it first.  The film was shown in Kilburn village hall and Cyril and Betty received a large bowl of brown eggs, home cured ham and a collection of £5 for their efforts. 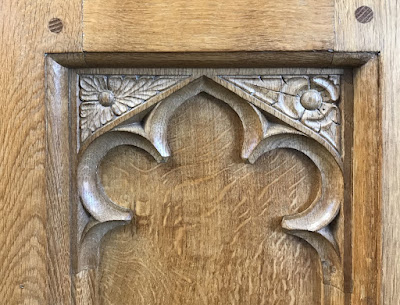 Posted by Boldon Auction Galleries at 10:01