The month of Love

As we approach that wonderful time of year again,
Boldon Auction Galleries are thrilled to introduce to our next
Antique and Interiors Auction on 17th February 2016
A collection of paintings to be sold on behalf of The Bede Gallery Jarrow.
We had such a fantastic response to the first half of the collection we are
anticipating the next part will be just as exciting 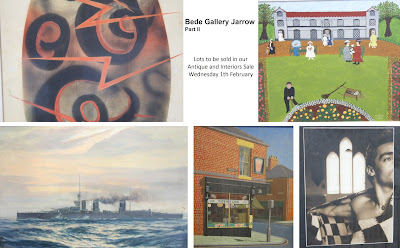 Glass from the past 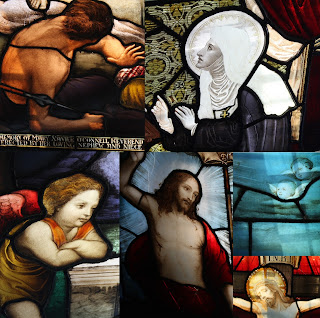 The Stained glass windows was originally used in the St Bede’s Convent Chapel,
it was donated to Mother Superior Aloysius of the Sister’s of Mercy
(Superior for 36 years) by the people of Sunderland.
On the closure of the St Bede’s Convent the glass was brought to
Oaklea Convent on the corner of Thornhill Terrace,
this however coincided with WW2 so the glass was hidden
in the cellar behind false walls for protection.
The glass remained hidden in the cellar and forgotten until 1992
when the community were preparing for their 150 years celebration
to be held in 1993, only then did an old sister remember their whereabouts.
Some of the windows were then mounted on the staircase of Oaklea convent
and some of the smaller pieces used in the new
Chapel of St Anthony’s Girls Catholic Academy.
We have in the sale the windows that have not been reused.
Posted by Boldon Auction Galleries at 15:38