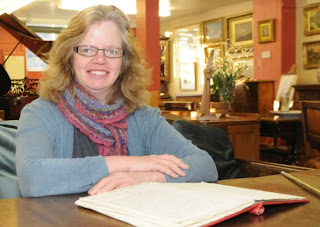 It now belongs to the National Trust, which has shown an interest in the documents.
Posted by Boldon Auction Galleries at 15:18